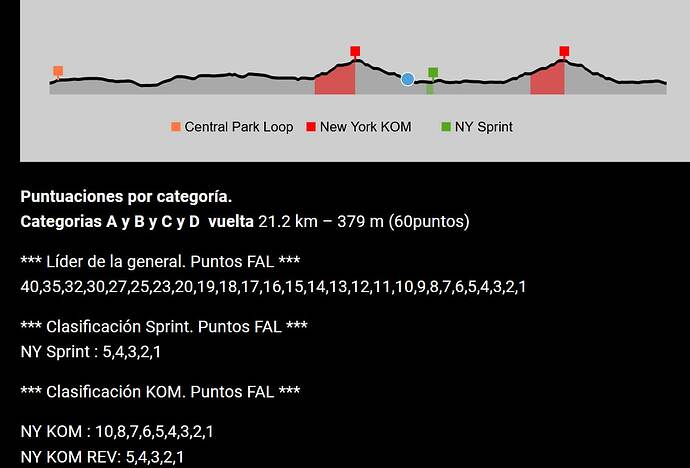 More than 200 participants per stage.
More than 400 points to play.
You can still get the glory and win the Tour.

We raced 5 days in a row with very hard races (multiple sprints primes). I was so done on the 6th race and really needed the rest day. But yesterday in the 7th race I felt powerful again. 5 races to go and La Reine on Thursday… Oh boy… First time I experienced something like this in Zwift.

I would love to see this kind of racing when the INDOOR season starts in North Hemisphire…maybe a 5 to 7 day Tour with longer stages with 15 teams and 6 riders (90 riders field) but with Team GC and individual GC on time not on points.

So make it happen.

I have all the details ready…i will send you email next week to find the best date/time to avoid big Zwift events.
I’m going on hols in 2 hours until Monday

If you’re doing it in October/November/December, we might be able to help promote it.

FRR has that done last year a few times. Starting second year of stage races soon. Just race them. Fun challenge with large fields at all levels and regions. The highlight races on zwift last year for me of the zwift &cx season training year. 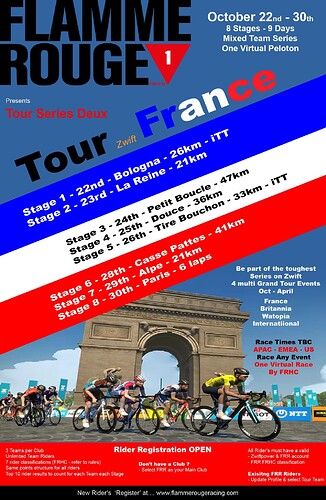 FRR series has always been a ton of fun, and very tough !

I know i have done it…but it’s to complicated. Results were taking for ever and there is no team tactical racing with mixed teams from all Cats.

This HISP 13 stage racing series has been fantastic. It has required comittment and resilience with 10 stages down and 3 stages to go. A great series and I thank the organisers in running and zwift supporting the event.

Yesterday was the climb to VenTop. The C and D “only” had to climb until the first banner. During the last 4km i was regreting all my life decisions. I didn’t abandon just because of the shame involved on it. After finishing i felt amazing.

Three stages to go! The most brutal and epic league i enjoyed in Zwift.

How would one go about arranging a series or even a race/event?