Hi everyone, I’m new to Zwift and also new to posting on here. I wonder if anyone can help with the following…

I joined Zwift last week with the intention of doing a lot of my pre season on it. For the past 3 years Ive used Trainerroad and always got good results but this year a friend suggested Zwift as he’s on it and we can ride together. Anyway…

On Xmas eve I did the dreaded ramp test to set my FTP for the winter. I’ve not been doing a tonne of riding over the last few months… 100 miles a week maybe, but I did a half ironman back in the summer so I think I had a bit of fitness still from that. So my FTP popped out at 304, which I was super surprised at given that I went into my ironman at 290 but I havnt ridden much since the race. I know for a fact I couldnt hold 304 for an hour… which is the whole point of an FTP test. I’m slightly annoyed that I went through the pain of the ramp test and now I cant rely on the result to set my zones.

I know there’s a lot out there in forums about the accuracy of the ramp test in determining FTP but a lot of the posts were quite old, so I thought I’d start a fresh one.

Im interested to know other people’s experiences of the results of the full ramp test and particularly interested to hear from anyone who has had a test in a lab (VO2 max / blood lactate) to see if their Zwift ramp test FTP is anywhere near accurate compared to those more reliable lab tests.

thanks in advance for any insights.

If you’re experienced at pacing longer efforts, I would recommend doing one of the standard FTP tests, not the ramp test.

I was going to share some links, but it seems like they are blocked here. You can search for the following article:

“Time to exhaustion at estimated functional threshold power in road cyclists of different performance levels” by S. Sitko, R. Cirer-Sastre, and I. López-Laval (published in JSAMS, 2022)

I think FTP is just another “number” that we can use to decide how to train. It seems to work for most people, so as long as I’m making some progress I’m not too worried.

Thanks Paul and James. James, my only thought on the ‘tweek it if it feels too hard’ approach is… thats easier to do when you’re doing threashold sessions as with experience you can tell if you’re ‘over the edge’ with the lactate and you need to back off a touch. But when you’re just riding endurance and there is no lactate to gauge ‘doability’ but you still want to make sure you’re in your endurance zone and not in that zone some coaches call ‘zone x’ which is immediately after z2 and which is best avoided, its harder to guage.
I guess the only way to get it bang on is to do a 20 min test like Paul suggested or get a lactate test in a lab. The second option is probably OTT for amateurs.

Here’s an article that appears to be written by the guy who invented the ramp test. tl;dr -

This is really where both Zwift and Trainer Road have got the details slightly wrong. Although they both spoke to me, and I made it clear, I explicitly stated that someone’s FTP was NOT 75% of MAP, I said it would fall into the range of 72 - 77% for the vast majority. However, the software as it is wants or needs a definitive, specific answer and they plumped with 75%. 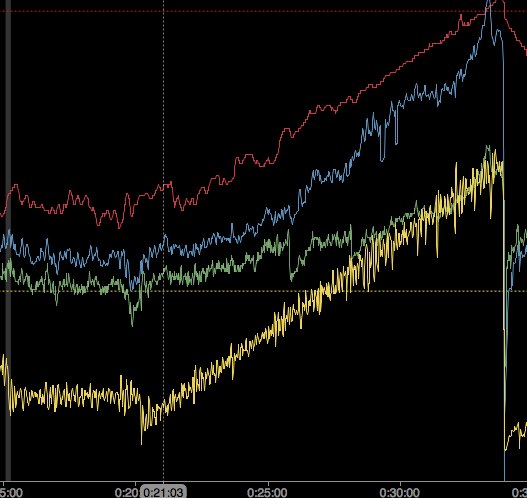 Is the MAP (Ramp) Test a Valid Estimator of FTP? — CycleCoach | Personal...

Just recently I wrote a blog piece about how to FTP test . In the piece I discussed how to test, who is it for, how to set training zones, should you test short or long, and a variety of other points. However, within the article I also mentioned...

Using the default 75% value from the ramp test has always been “optimistic” for me and resulted in a lot of failed interval sessions. 72% puts me closer to what I get on a 20 minute test and makes for more manageable workouts.

But when you’re just riding endurance and there is no lactate to gauge ‘doability’ but you still want to make sure you’re in your endurance zone and not in that zone some coaches call ‘zone x’ which is immediately after z2 and which is best avoided, its harder to guage.

Your FTP (LT2) is not a great indicator of your LT1 anyway, so I wouldn’t worry too much about that! Z2 - talk test. Never fails.

Ramp tests using 75% of best minute have always been optimistically high for me, but they’re fine for a ballpark figure, that gives my legs a good chance of another session later that day or the the next day.

Im interested to know other people’s experiences of the results of the full ramp test and particularly interested to hear from anyone who has had a test in a lab (VO2 max / blood lactate) to see if their Zwift ramp test FTP is anywhere near accurate compared to those more reliable lab tests.

I did one such test ages ago, but it was a power profile test and long before I started Zwift.

The ramp test is good enough, you can tweak the FTP number up or down if needed, anything more is not really necessary unless you are really at the top levels and then it matters.

FTP is one of those mythologized values, like the calorie. Spend too much time thinking it’s a ‘precise value’ and you’ll get disappointing and surprising results.

FTP testing, by any means, is far over rated, imo. I stopped testing last year and started using rpe and breathing rate as more of a guide to my efforts. While the watts I’ve done during training over the past season were not very impressive relative to previous years, my actual results during races were the best I’ve ever seen, and I turned 58 this year. Cheers!

My Q: What’s your FTP?
Her A: I don’t know, we never bothered testing for it.

are you not still using trainer road? They have the AI FTP detection tool now so it removes the need to do the FTP test. I’ve seen a tonne of people doing TR workouts while they ride in zwift. seems a good option to me.

+/- 15w = +/- 5%
I’d say that was fairly accurate. Ofc a ramp test is not going to be as accurate as a lab test.
Did you calibrate the power meter / trainer directly before starting the test (with a 10min warmup 1st?)
Did you get out of the saddle at all? Ramp test is supposed to be done seated.
Ramp test also slightly favours sprinters with good anaerobic power.

You really don’t need to do any further testing.
The results of all the tests are good and have validity
What they don’t have is cross method agreement.
4 different methods will give you 4 different answers because all are sampling different outputs.
Pick one and track the trend.

The only real result is on race day.

Try doing the 20min test next time if you want a better representation of 1hr power:

Or do one of Kolie Moore’s tests. Either do it as a free ride (maybe on Tempus Fugit, or somewhere else either flat or at least with a consistent incline) or create a custom workout and do it in Resistance mode wherever you like. Manually enter your FTP in Zwift based on the average power for the whole test. Read more here: 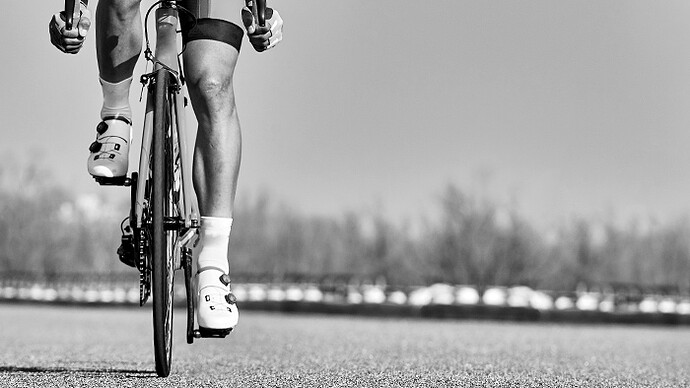 The Physiology of FTP and New FTP Test Protocols

The standard 20-minute FTP test might not work for all cyclists. Using WKO4 for deeper analysis, these Empirical Cycling Tests could be an alternative.