It’s a new multi-discipline challenge–do some quick math while you’re pushing for that KQOM!

Careful there, chess-boxing is an actual sport you know…

With all the college and grad degrees floating around the women’s pro peloton, I think they’d be perfectly suited for Math-Cycling, or related events.

On the men’s side, it would be everyone chasing Guillaume Martin

Yeah, I figured out you knew it was a real thing but wasn’t sure about Mike.

Nice idea, but I’m afraid at least for me any available mental bandwidth while zwifting tends to go to playing a human bug database, whether I want to or not. As in, yeah, there was also that other extra leaderboard bug that showed nearby leaderboards as the crow flies (e.g. Repack Ridge on the Volcano or something like that) rather than just those actually en route, but that got fixed quite a bit earlier than the start of this thread.

I experienced some interesting sprint segment behaviour in Neokyo. When I crossed the start marker nothing happened. When I went through the arch at the end of the segment it took that as the start and began counting. But seeing as I was then heading away from the finish, my sprint distance kept increasing, along with my ETA: 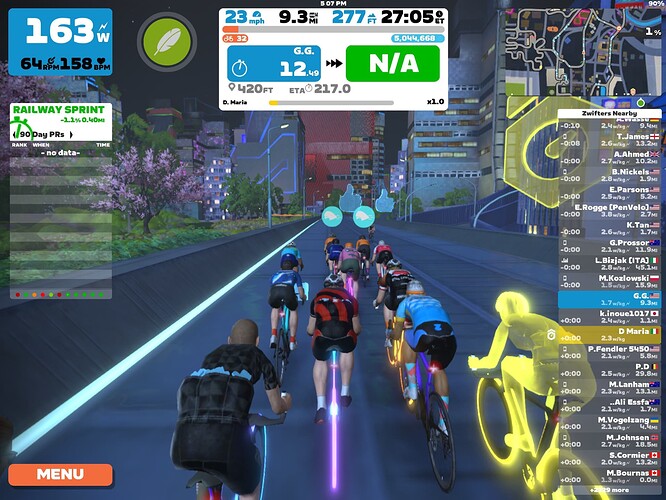 You can see in this picture that the 1st place sprinter had a “winning” time of nearly four minutes! 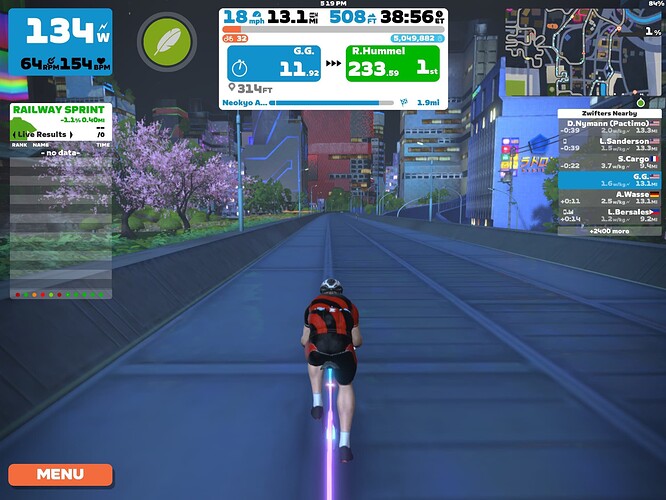 After I finished this course (Neokyo All-Nighter), I did Wandering Flats and at the end was awarded one KOM jersey and four sprint jerseys, none of which I earned. 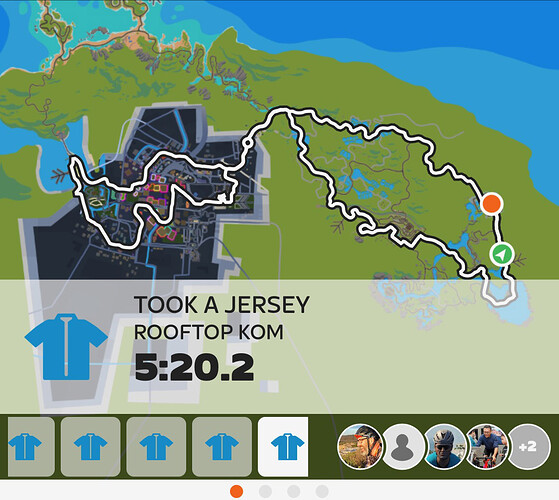 No harm done, but it was interesting.

Did this happen on all of the segments in Neokyo? What device are you on? Are you able to replicate the issue?

Sprint timing being reversed is a known bug.

The Railway Sprint seems to have a segment only in one direction, but the leaderboards are shown also when approaching the finish line from the other direction.

Known to some on the forum but seemingly not know/ignored by zwift.