Does make you wonder if Zwift are aiming low…very low!

Another full reinstall of Windows and Zwift, this time with a more powerful graphics card from a newer generation. Exactly the same. Tried changing all sorts of things, too many to list. Different drivers, settings, everything I can think of. The game is basically unusable for me in its present state on my setup, because I refuse to accept a downgraded experience. Especially considering it worked absolutely fine for me (as it has for years) just days ago - albeit with a workaround for the last nine months that shouldn’t have been needed in the first place. Zwift as a piece of software has always had its quirks but this is just broken.

Just as a thought, is there a possibility that Windows or NVIDIA driver starts zwift.exe in a adaptive, power saving mode, thus throttling the GPU? It might be inheriting this setting from the launcher, perhaps? To my knowledge, there are at least two places where power settings can be adjusted. One, through Windows Game mode. There, one can specify GPU power level for specific programs. The second one, is NVIDIA panel (and apparently one has to define it for a specific program, global setting may be not good enough), like this video shows

Not sure if one overrides the other.

The second thought, there was a report on this forum that full screen mode makes Zwift slower.

Finally, 30 fps would not cause stuttering. It is sufficient for smooth video flow. What is your actual frame rate, per Zwiftanalyzer? It must be under 10 fps to create what you describe…

It must be under 10 fps to create what you describe…

It’s micro stuttering we’re experiencing, not reduced frame rates. It takes away the fluid feel of motion. We get this on the latest launcher even though we’re using high spec GPUs & CPUs that have plenty of headroom left and are not power throttled.

Yeah as described in the OP, this isn’t about frame rates. I’m currently using a Ryzen 5 3600XT and RTX 2060 Super on an adaptive sync monitor over DisplayPort and getting the same issues I first identified in December with an i3-4130 and GTX 1050 Ti on a fixed refresh rate TV over HDMI. And everything in between.

I do appreciate all the suggestions people are making (and there are lots) but I’ve tried literally hundreds of combinations of settings and hardware at this point.

They need to fix this, not me.

Please fix the flickering avatar issue! It’s causing me insane headaches. I will be letting my membership lapse until resolved.

At the very least please reenable 1.0.50 launcher as that workaround worked for me.

“Have you tried blinking in time with the flashes?”

I’ve just finished a workout in Zwift and the micro stutter was doing my head in!
Fun is Fast? Not on Zwift it isn’t.

Add me to the list of stutterers. That’s at least 9 months without a fix?

I’ve seen the stuttering but it was several months ago and then it was only a coupla times. I haven’t experienced it at all for at least three months. Yes, I’m currently banging my head on wood…

I wonder what’s different for me because I should be seeing it too. Just rode The Shimano in Makuri with about 300 of my closest friends and it was pretty solid. I can’t really say becuase I was on the rivet for most of it but what I remember looked good.

Watch someone or yourself on camera 4. The static objects passing in the background are stuttertastic for me, at any frame rate. Never the case on 1.0.50 with adaptive sync, or at 60fps on a 60Hz fixed refresh rate display. It’s as though the driver can’t sync the frame rate being produced by the game to the display any more.

Yeah, I’m not getting that at all. Makuri is rendered in a group at 40fps but still looks fine. Everywhere else I’m getting >60fps in a group. I’ve had 90fps on solo rides in the older worlds that don’t require a bunch of work for the app. No stuttering in any event. Like I said, The Shimano on Makuri looked fine, I think.

The frame rate isn’t really relevant to this to be fair. If anything it’s less obvious at lower frame rates such as during a group ride on Makuri, since the motion is inherently less smooth. But yeah, not everyone is sensitive to it, or maybe isn’t getting it at all like I am. It’s constant microstutter, not massive pauses or anything.

I’ll look for it next time I’m on. Is Makuri subject to this more than other worlds?

Not necessarily. IMO it’s most annoying when there’s literally no reason for it to be anything other than 100% buttery smooth, such as a solo ride on a quietish part of Watopia. Did a race tonight that was 95fps the whole way (maxed out on my monitor), yet it was constantly stuttering. Obviously it’s less noticeable when you’re concentrating on a race, but that doesn’t make it okay. Especially when it was completely fine last week.

But don’t go looking for it, if you do have it you can’t unsee! 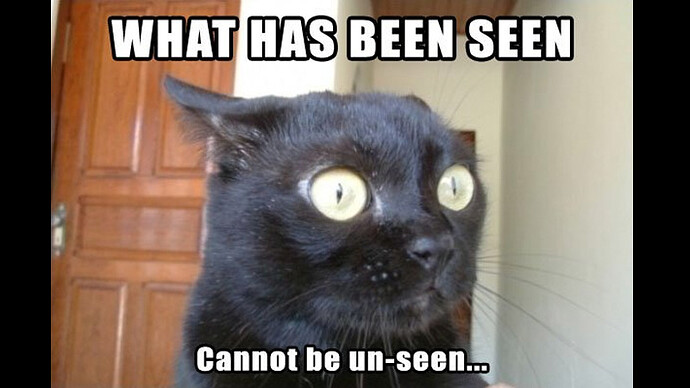 The thing to remember here is it isn’t that it’s stuttering like an old pc pushing 10FPS, it’s a micro stutter that takes away the fluid nature of true, steady fast FPS. Some people notice it more than others but if we could still swap between old and new launchers I bet more people would appreciate how fluid/smooth it used to be.
Have a look at this video on Youtube, 30 FPS vs. 60 FPS Gaming - YouTube it demonstrates what its like for me. The difference is more noticeable in the racing games.
If you cant see the difference you’re lucky