Mountain bike spins out on flats. How can i fix this?

How can i make my mountain bike not spin out on flats? Do i need to get a bigger chain ring or is there a setting on zwift for this?

If you have a smart trainer and the above does not work…i.e., you are too strong, get a road bike with taller gearing.

There is no setting that will make Zwift provide more resistance on the flats. Trainer Difficulty will help on descents but not flats. A larger chainring (and longer chain) is probably the best solution if you are spinning out in high gear.

Yes that’s what i was thinking… Bigger chainring. I had a 2022 sl6 Domane on the Wahoo Kickr. It was working fine until the bike broke to pieces. So i got my aluminum mountain bike on it an was surprised on how slow i went on the flats. I think it has the smallest chainring available.

I had a 2022 sl6 Domane on the Wahoo Kickr. It was working fine until the bike broke to pieces

Lol …whut? How? I think Wahoo previously said some Treks ('20 & '21 model years) were incompatible due to frame rub, but breaking to pieces sounds kinda extreme. Did the dropouts fail, and after it happened, did you notice any wear/scratching where they contacted the trainer? Also, did Wahoo or Trek do anything for you?

Ultimately, the biggest chainring you can get is the real solution. If it’s a bike you ride IRL this could be a problem. I personally have dedicated an old MTB frame to trainer duty with the biggest ring I could find, and it helped as expected.

Also, I’m pretty sure your trainer difficulty should be set to 100%. The idea being that you need all the trainer resistance you can get if you want to make more watts at the same RPM. Even on the flats you should be able to eke out a few more watts at the same tempo, especially at higher speeds when you are not in the draft and there is more simulated wind and rolling resistance. How much? I have no idea. Zwift Insider might have tested it. With that said, the bigger chainring is the real fix.

Trainer Difficulty only affects the simulation of gradients. On the flat it makes absolutely no difference whatsoever.

When trainer difficulty is 0%, resistance is the same on flats, climbs, and descents. When trainer difficulty is 100%, resistance increases on climbs and decreases on descents. Here’s an example to illustrate. First picture is TD 0%, riding constant 95 RPM cadence, 150W, no shifting. Where the descent starts, nothing happens, I just keep pedaling the same. 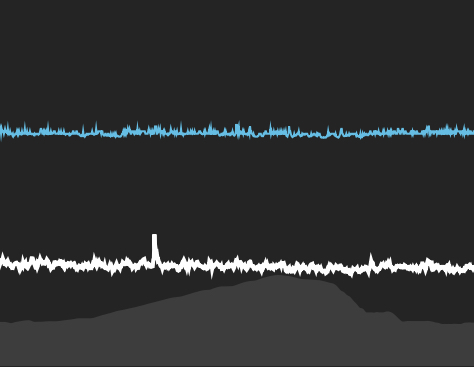 Here’s the same hill with TD 100%, attempting constant cadence on the climb with no shifting. When the descent starts, power (resistance) drops way off while cadence is about the same. At one point the trainer registers 0W but I’m still pedaling. I don’t shift, I just pedal faster. At 123 RPM I’m doing 70W in a gear where I could do 150W on the flat at 95 RPM. 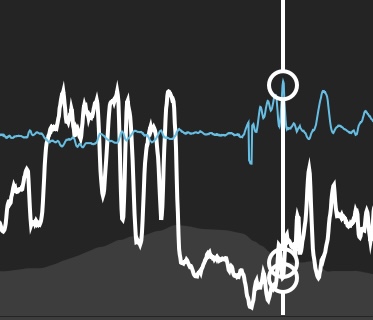 OK, that makes sense. Even if it was enabled on flats I doubt it would help that much, especially if you’re in the draft.

Get a bigger chainring or work on increasing your cadence are your options, I think.

I ended up calling lbs that sold me the trainer. They said the only way is to increase the size of chainring. Thanks

It was a brand new bike, had no wear anywhere. I’m thinking being 255lbs and lots of pressure made my bike break in about four parts. Warranty didn’t cover so i bought a new frame.

Interesting. I’d expect the dropouts/stays to fail first. Trek claims a “system” (bike+user+cargo) limit of 275 lbs on their road bikes, and I think Wahoo lists a 250 lb user limit. A little cushion is usually included in those.

It’s definitely worth pestering Trek customer service. After wrecking a bike (due to my rather immense stupidity), I talked to a manager at my LBS and Trek’s response was to offer me 20% off anything (including Project One). They asked that the crashed frame be returned, but let me keep the components. Their margins are probably so high that reputation and customer satisfaction/loyalty are more of a priority to them than anything else.

It was a big mess. The stars need to align for the warranty to cover.