Doesn’t have to be super fast, just able to run the game adequately and pair via BT for controllable/power/cadence.

I am in need of buying multiple to use at the same time - so I’m being cost conscious.

Thanks, I did see that, but with an unofficial port of omnirom (who knows how solid the port is) it’s a bit of work in progress. If that ever gets shored up, definitely could be a good option at some point and not too pricy. Also a number of people were having issues getting it working, so there could be some other issues that still need to be worked out.

I was really hoping one of the inexpensive sticks would be able to cut it.

I have to admit although it worked for me, the performance wasn’t great (I don’t think I ever tried a race on it) and other people had trouble getting it working. Plus I had to give my loan KICKR back and so just went back to the good’ol outdoors

The annoying thing is, unlike what some people have suggested, it’s not a hardware limitation. The reality is the spec on the RPi 4 was more than a match for my OTP3, which was fine (apart from I broke it so couldn’t cast to big screen).The main issue is without necessary support the HW isn’t properly utilised. And the reality is that’s likely to be true for most cheap sticks and generic Android boxes

Cool, you still lurk here, thanks for the reply, and nice work at least getting it working!

I suspect it’s a OS driver/opengl es efficiency issue, the port you were using probably wasn’t optimized for that chip. It is unlikely that Zwift is writing code that is specific to hardware, considering they minimally require opengl es 3.0

It does seem though, that Zwift is looking at some device information to determine rendering detail. The Nvidia shield has some good hardware and from what I’ve read looks pretty plain.

Now, if Zwift could render 4 player on one screen like Mario Kart…

I’m using an old, cracked screen Samsung S8 I have had lying around. I’m using ANT+ to connect the devices though, but BT shouldn’t be an issue either.
It’s connected to a TV using a USB-C → HDMI dongle that allow simultaneous charging. Not super fast, not particularly pretty but a cheap option. With the Companion app on my other phone, I can still control most things.

Still haven’t pulled the trigger on anything, but jut ran into this: 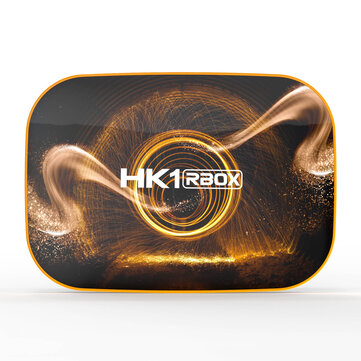 Not sure how these would work…

I don’t think it will be supported on many android TVs/sticks/boxes.

Problem is the GPUs on these boxes aren’t strong enough for a proper 3D game. That’s why the Nvidia Shield is still considered the best in the class, despite being basically ancient. At which point you might as well buy an Apple TV 4K for proper support.

Haha, fair comment. In which case just knock together a old SFF office PC into a dedicated Zwift rig. Not quite as easy as it once was due to the graphics card shortage, but even a GT 1030 obliterates any of these Android boxes (and Apple TV 4K for that matter).

I have used zwift on a whole load of different android devices and the cheaper ones don’t run it anywhere near as good as a 4th gen i5 refurb PC just using intel’s internal graphics. you can get them for about £50-60 (in the UK) and it’ll be fine.

Yeah, I’m temporarily using an old XPS laptop to support one of the extra trainers right now and it works fine, but was really looking to see what else was out there, and I don’t mind hacking at stuff. (My main machine is a Ryzen 5 2600 / RX580.)

Mali 450 GPU sounds like it’s not going to cut it, and it sounds like the Samsung S8 is able to run it reasonably well and I ran it on my Pixel 1 with Adreno 530 so looks like those are the GPU’s to shoot for minimum.

There look to be a couple SFF PC’s that aren’t much more than an old PC out there that are a little higher priced options.

(I was also looking for smallish options just because of space as well.)

Older phones sure seem to be looking like a better and better solution unfortunately, but will keep snooping around…

Unless you are running it on the phone itself casting it to a tv (unless it has DMI out) is really laggy. A tablet with hdmi out might be a better bet but to be honest, i’ve tried loads of different options and i always end up back at a refurbished PC.