How are Zwift roads made, both imaginary and GPS replicas?

Hi, I don’t want this to be a cynical question, just one of pure curiosity. With Zwift roads and routes constantly on my mind, I am curious how one makes a road that is translated, both to my smart trainer as distance and gradients and GPS data (like for Strava), into something ridable, almost as though it were a road I was physically riding on?
Of course we can just take GPX files recorded by bike computers and mess with them, but what does it take to make that a Zwift road, with gradients, distances, visuals at certain points, etc.? How does it work?
Thanks! 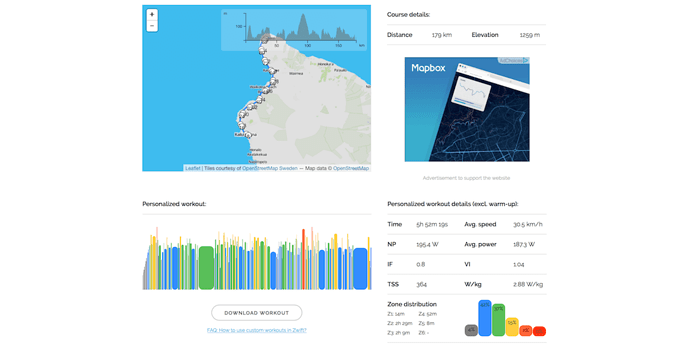 Turn a real-life route into a custom Zwift workout, personalized based on your rider and bike data and desired intensity.

Only workout, no visuals.

Appreciated, but I mean how does Zwift do it, not how can I do it.

This may be of interest, several years old now. Ep 47- Zwiftcast Special: How The Alpe du Zwift Was Made - YouTube

Maybe I’m thinking to nitty-gritty, data-wise. But how does Zwift make stuff like roads in Makuri or Watopia where a real version doesn’t exist in real life? Do they go in and hand-type a .gpx file and program some thing to stick it together with scenery/“pavement”? I have found plenty of ways to create a .gpx based on lat, long, and elevation at those lats and longs, but nothing other than hand-chiseling the face of Watopia meter by meter in a .gpx file.
@James_Zwift ?

No idea I’m afraid. I think they have a graphics suite where they design the route and the artwork that goes with it.

I can remember how roads were done for racing sims, lofting the road from a base, then everything else was modelled around it and textures mapped.

Zwift I suppose doesn’t need to be absolutely precise since it isn’t modelling Maison Blanche or a L’Eau Rouge. You can look at the road surfaces in places in Zwift and see them floating over the ground model.

3D animation and modelling for games was my old stomping ground so this is an area I know well. Different models for LODs were time consuming, especially getting them to look good. (aka not looking blocky)

Back then a 2500 polygon model was not acceptable, especially if you had a lot of them on screen. Sure the further away cars displayed the lower LOD models, but you couldn’t go crazy because computers weren’t what we have now. If you went too crazy then computers and GPUs would die. Your frame rates would be a slide show or the whole thing would crash to desktop.

Same with textures. We have GPUs now with 32GB VRAM, even 64GB VRAM with dual processors on one board. Back then even 8GB was uncommon. So you had to be economical with texture resolution.

This may be interesting: World of Zwift: Episode 37 - YouTube

PS: have a laugh at the frame rates the devs get.