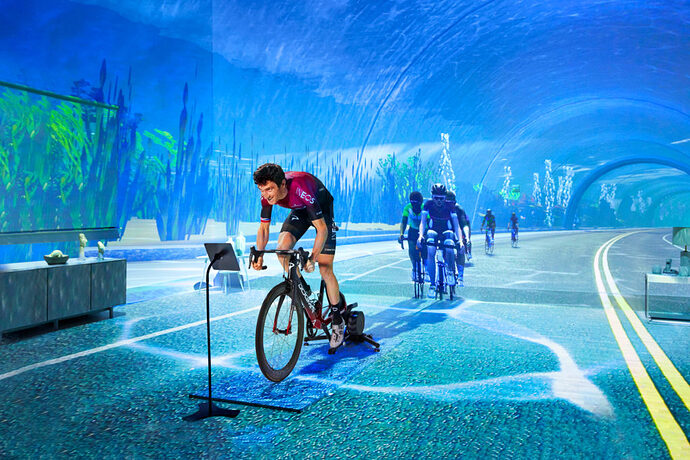 Zwift's CEO Eric Min has announced that Kurt Beider has joined the business in a role that will see them both share the leading role.

“In the long term, while there are strategies where Kurt and I will partner closely together, the most significant value this new Co-CEO relationship brings to Zwift is the ability for Kurt and me to divide and conquer. There is much work to do! For me, rather than being spread thin trying to do it all myself, I will have time to go deeper into specific areas that are also critical to Zwift’s long-term success.”

Hope this works out for the users with faster development and better QC.

What are Kurt’s views on expanding the role of Clubs on Zwift? Asking for a friend’s club.

Bwahahahaha! I was going to ask if Kurt could explain why I was recently upgraded from C to B…

Hope this works out for the users with faster development and better QC.

Thought this when they appointed YC.

Not sure I understand why Zwift wants co-CEOs. It’s not that huge of a company where you really expect multiple CEOs to need to divide and conquer.

I have a feeling Eric is grooming him so he can move on to something else. Time to find a new start up.

Yeah, that was my initial thought as well.

That said most of the tech transitions I’ve seen where two people shared roles to ‘ramp-up’ the new VP/Exec (or simply to calm investors/partners) they state that out of the gate and give a long (up to a year) transition period. So, in those cases, it’s clear that the co-Exec role is a temporary one to create a smooth transition.

Lay off a bunch of lower paid workers earlier in the year, hire a new CEO making truckloads of cash.
Makes sense as long as you don’t think about it.

And yet, things seem to be so much better since then. Maybe there was a good reason to refocus?

Wasn’t the layoff mostly because they abandoned the Zwift Tron Bike (the real one, the hardware one)?

That was a convenient way to bury the news.

Quality standards come from the top. If quality goes up, it’ll be worth it.

Eric, Does this possibly equate to the return of the Thanksgiving Day ride that many noticed you dismissed this year?