Had you said Bell curve of zwift users I think you might have been onto something.

Bell curve of PP users is flawed as there has never been a consistent number of bots between 2.5 & 4 - It has always been limited the further up the scale. Also the bell curve would suggest it should be limited the further down the scale you go but the density of bots to users seems to increase as you get lower.

Going back to the original thought, TrainerRoad did a load of work with their data to look at the bell curve of cyclists and I think from memory most riders fell between 2.5 & 3wkg. Now if you take the thought that PP are there to support both Z2 rides and hard efforts (and everything in between) then there should be additional bots above that range to meet the demand.

But that’s just my simple logic.

Can the zone in which you join and stay in the pace partner group be time based rather than a fixed distance? at the moment its quite easy to drop out of the larger groups when cresting a climb if you’re at the limit of the range and start to accelerate down the climb while the PP is still crawling up the slope. e.g instead of 50m it could be 10 seconds.

Some graphic to indicate the PP fence/zone would be useful as well, specifically in the big groups, currently the bottom of the screen is a mess with all the rider markers and power overlay.

Also another vote for having a choice of hilly or flat pace partner at the different power levels.

Also another vote for having a choice of hilly or flat pace partner at the different power levels.

I’m going to do this anyway.

Can the zone in which you join and stay in the pace partner group be time based rather than a fixed distance?

It’s not a fixed distance, it varies depending on the size of the group.

I rode with Brevet, Charlie and Bernadette today. Great fun. The only downside is Charlie and Bernie were unpopular so there was no taking advantage of drafts with just three of us. Bernadette had more until the Castle climb when several were dropped.

The virtual fence is also a bit aggressive, kicking in around 10m for some. When I want to push harder (like Zwift KOM) I was reined in by the fear of losing multipliers.

But all in all I really like those three pacers.

I guess they are less chatty than live group leaders and also people don’t tend to respond to them when they do chat. And without a clear live leader and camaraderie pace groups tend to be less friendly overall. Doesn’t really bother me but e.g. on joining or leaving I say some pleasantries and just get silence back.

One nice thing is the 5 thumbs from the companion’s circle. I wish we had that in regular group events. I make quite an effort to throw out thumbs like Oprah in events and it’s painful.

Hi James, I just want to plead for the third or fourth time to keep dynamic pacing for the lower pace bots, but remove it for those 3.0 and above.

The reason, which seems obvious to me, is that the even without dynamic pacing, the delta between effective power required to follow on flats and in the draft versus going up hills gets larger as the pace increases as a result of the very realistic draft algorithm (seriously, I love it!).

Adding dynamic pacing to the 3.0, 3.2, 3.8, or 4.2 bots basically supercharges this already large delta and turns all of those pace partner rides into interval workouts unless they are on a flat route.

I really hope you will consider this feedback from someone who uses the faster bots and I hope others who do so will chime in as well.

Mike posted up the wattages in another thread, and there is jump from 160 to 260 watts in Watopia at present. That’s a huge discrepancy.

Steady incremental steps is required, but it appears they don’t want to provide that.

I totally agree with Bryce. It is the A and B pace partners where dynamic pacing is causing a problem. I am also seeing riders peeling off at hills as the 3.8 w/kg B ride they were expecting turns into a 4.2 w/kg group A ride with Bernadette for example.

Zwift has made a total mess of all pace partners since start of testing yes some changes are good they are not willing to listen to criticism and this is a polite post as same as I posted before this week horrendous partners either to fast to slow and not enough mix of flat routes last few weeks zwift and we are paying for this it’s a mess and setting pace partners on routes to suit peoples challenges or badge hunts Is a joke enough said lol there’s also not enough good routes for steady endurance rides like tick tock sas tempus fugit rgv douce france on a c at 2.6 to 3.0 cadence is basically non existent nowadays it’s either a b or ddddd this week

I’m going to do this anyway.

I do feel a little bit sorry for James. For years we had 4 true pace partners. They weren’t perfect, but they ground their way around Watopia at a constant wattage and we all got used to them. These have been taken away from us and replaced with dynamically paced always on group rides. People never react well when they had something they used and appreciated and it is taken away from them. If we had never had pace partners in the first place we would probably not feel so strongly about their loss and poor old James would not but on the wrong end of some strong emotions.

To be fair, James made all the changes (except Coco when she first started using dynamic pacing).

My end goal of these tests is to come up with a list of 8 of the most popular routes. Ill likely have 6 flat, 2 hilly and rotate 8 pace partners through those.

I think dynamic pacing is a solid improvement but know that this does not work for those who just want to hold the same pace forever and a day. Im afraid for those, we wont be removing dynamic pacing but there are other alternatives (free rides, workouts, group rides, etc). 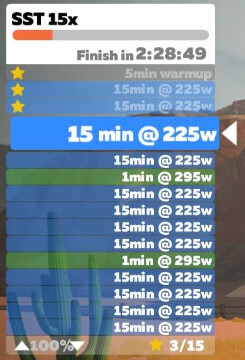 Thanks Gerrie and James, those are good suggestions. There is also this “Time Trialist - Purely focused on maintaining long high even outputs” which I found on the Wahoo RGT Real Bots help page.

probably if you just run something between 2-3wkg on tempus fugit 24/7 along with everything else then it should please just about everyone. unless they are getting dropped on the three meters of climbing per lap. at least they can enjoy the scenery if they do get dropped

I think I made a similar point about Tempus Fugit and dynamic pacing a wee while back. If you’re getting dropped on TF you don’t deserve to have fun times.

I agree that would solve the problem. I was hoping for something a little quicker than 2-3 w/kg though.

But it’s really boring though

If you compare it to doing a fixed pace ride alone, it’s less boring because of the group. (Of course there’s no single pace that would please everyone.) Personally I would prefer flat routes where dynamic pacing doesn’t really happen, even though the hilly routes are more appealing.

Boring is subjective. Grinding it out at 3.8 w/kg behind Bernadette is far less boring than SST in erg mode on your own. Zwift clearly needs to chase subscriptions to survive by supplying popular entertaining ride options. But this does not have to be at the expense of those of us who want to use Zwift as a serious training platform.

us who want to use Zwift as a serious training platform.

Then you are most probably following a training plan with set workouts, so not real need for Pace partners.