*I’m not sure that calculator is doing headwinds right on downhills, or it’s making some assumptions about body size from changing the weight. Those numbers shouldn’t be that different. I’m heading out, I’ll look into those descending numbers later. **Nevermind, I think they’re right.

I’m thinking: This is just a start.

What do you think.

I then reduced each rider weight (but not bike weight) by 10%.

not equal then? and even greater with 50kg vs 100kg

What do you think.

without doing any math i would think the heavier rider will go faster but i don’t think it would be significantly faster. especially since the powerup only lasts 15 seconds. fractions of a second maybe

well, there you go. nothing statistically significant. it’s not like heavier riders are advantaged though, because just being heavy means you are burning glycogen reserves at a higher rate at large w/kg figures, among other variables.

not equal then? and even greater with 50kg vs 100kg

Less than 0.1kph with the bike taken out of the picture (and the Feather reduces total weight, if I understand it). If you want to claim that’s a significant number, and you want to claim that when you said “But it does help heavier riders more” you meant less than 0.1kph, well, okay. You got me. A straight percentage reduction helps a heavier rider by a non significant amount.

I then reduced each rider weight (but not bike weight) by 10%.

0.42 kph difference, not sure how you have decided this is equal

Thanks for the calculator most helpful.

No, it helps all riders at the same rate. Same rate = equal help.

well, there you go. nothing statistically significant.

And it would be easy enough to tweak a straight percentage into a slightly different sliding scale if they really wanted exact kph gains at the same wattage (exactness that wouldn’t be noticed from how it is now anyway). Heck, maybe they already do that behind the scenes and call it a percentage reduction, because it still mainly would be. Or maybe they shrug and say “0.1kph isn’t a big deal” and go with a straight percentage.

(and the Feather reduces total weight, if I understand it)

Guess you don’t then?

Now add in Frontal Area changes, which Zwift also takes into account. I kept it simple between riders before because I simply didn’t want to get into the weeds on this. Adding another .1 square meter to the A value drops that heavier rider’s speed in your calculation to 21.45. For reference of scale, adding another 0.05 drops them to 21.33

Will that leave riders who somehow have radically different weights but the same frontal areas as not receiving the same benefits from the Feather? Sure. If all of this is what you meant with your first reply, okay.

Huh, learn something new every day. 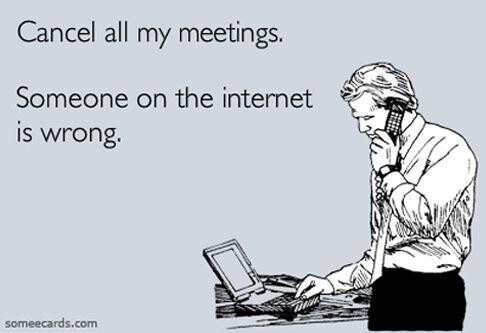 My mathematical ability is nowhere near good enough to come anywhere near a solution which balances up the Anvil (or any powerup) so that the benefit is ‘speed equal’ in all situations of weight, gradient, road surface etc. I’m lucky if I can plug a few figures into somebody else’s power speed - calculator correctly.

In your example if you do find something which balances speed gains for one gradient I would hazard a guess it then wouldn’t work at different gradients.

Powerups are a game lottery and, as has been shown above, if there is any advantage, to one user over another using the same powerup, it is very minimal.

I agree. I don’t think that the idea of the PU is to have 100% speed ratios. That would be impossible.

I think the anvil needs a bit of work, and at the same time I don’t think weight play a big roll going down hill.

I have seen light and heavy riders going down the Alpe at the same speed if no one is pedaling.

I have seen light and heavy riders going down the Alpe at the same speed if no one is pedaling.

When wind resistance becomes the factor that it becomes at very high speeds, other factors tend to have a lot less of an impact. Gravity is yanking you down, but when you’re hitting 60-70kph, there’s a ton of wind pushing against you.

I’d be happy to win a race by 0.29m. Any advantage is an advantage

Our favourite Mexican one!

Are any tweaks happening before Feb 18th, to prevent the carnage?