I have tacx neo2t trainer. Same problem with Tr Diff jumping up to 100% despite uninstalling etc and trying on other devices. I use android samsung phone for zwift and have tried on lenova tablet with same result. There is no pattern…sometimes it stays on 50% but jumps up to 100% on its own for no known reason. Same as others on this forum thread. Very frustrating. I may have to cancel zwift and try rouvy instead??

the trainer difficulty should be always at 100% otherwise u are fooling yourself and riding like an idiot.

I have a favor to ask. Please don’t call people an “idiot” for adjusting their settings. Thank you.

Hi. I’m still having this problem. Please tell me when the fix will be released? Richard.

This is not correct. Trainer difficulty is just like changing your bike gear ratios.

It is just a simplification.

50% change your climbing grearration from a 43-25 to a 34-32 for instance just numbers to show the idea. Telling people it change the steepness we get back to the it is cheating riding at 50% because you don’t go up as steep climb.

It is just a simplification.

But it’s not accurate. Telling people it’s a gearing adjuster is plain misinformation.

it flattens hills, that is its purpose and that is what it does.

Even though reducing trainer difficulty “flattens hills” like some people say, it doesn’t make you climb faster with the same power (speed calculation is compensated), so in my understanding “gearing adjustment” is more suitable.

this wouldn’t help though because i’m guessing this is a big problem on flats/downhills and increasing the trainer difficulty would have no impact on flats and would make things worse downhill.

Value above 100 would be applied to “basic resistance” and only on flats/downhills (slopes <= 0). 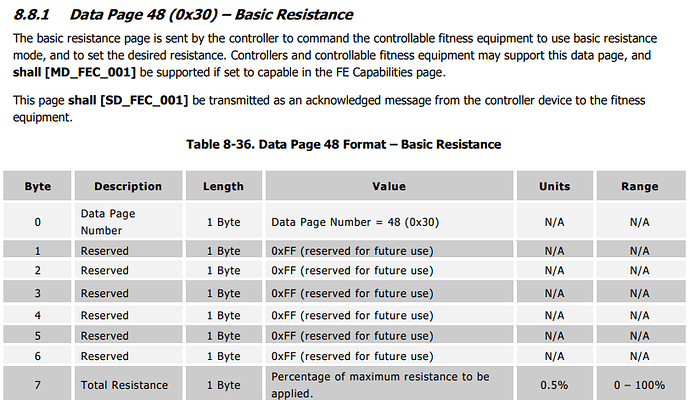 I don’t know if i understand what you’re saying?

how would multiplying 0% by any number make any difference?

Don’t multiply, just set the value above 100 to basic resistance if the slope is negative or zero. For example, 101% would set basic trainer resistance to 1% on flat or downhill.

This is just a suggestion, there are other ways it could be implemented, like a separated setting, but I think trainer difficulty above 100% would be easier to understand (difficulty < 100 affects uphills and > 100 affects flats/downhills).

that is a different thing and there is a topic here:

Are there any plans to be able to increase baseline resistance in Zwift? This would allow us to simulate higher gearing and use more of the gear range. As is, I’m using only the very top end gears and can’t achieve a high enough gear ratio for the low baseline resistance. I think this feature would …

Same here. I now have to check every time I log in.

This is not correct. Trainer difficulty is just like changing your bike gear ratios.

If TD was “just like” you described, then you’d also go faster a lot lot faster on the 10% gradients that you turned into a flat road. That is not at all the case.

No, because TD changes the resistance your trainer applies. The braking or resistive force that you have to pedal against.

As far as the game is concerned, you’re still going up a 10% gradient.

As far as the game is concerned, you’re still going up a 10% gradient.

Right, but Gerrie is correct that the main benefit is for the end user - they can spin more going up a steeper gradient then they otherwise could at a higher TD. Which is pretty much like having a different gear ratio. Correct? I mean, in the game you slow down based on the power or wkg you are pushing out on the hill, but at a 50% TD you are spinning your pedals like you were at a 5% grade when the game’s terrain is at a 10% grade.

So yeah it’s like having 3 different gear ratios, on the same ride

So yeah it’s like having 3 different gear ratios, on the same ride

I mean, you can put in a drop-out gear on a normal bike and help yourself on the climbs. That on its own would cover the lower gear on climbs, and unchanged gears on flats.