Hi, I took part in a Bologna time trial earlier. At the end the time showing on the main screen was about 21s faster than the time that appeared on the leaderboard. Why would the elapsed time be different? Thanks

Did you have any time in the start pen “conveyor belt” (TT mode) before actually setting off? If so did the event time exclusde this but in-ride time include it? 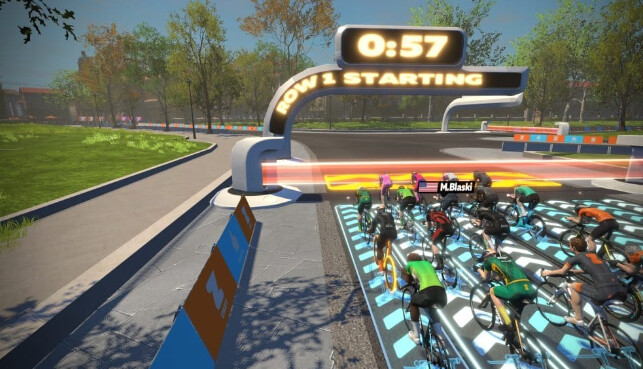 The race timer starts once you start the lead-in which is a usually once you get out of the street that contains the pens and on a normal Zwift road - checkout this vid start for an example.

The time not initially counted is added on to your results screen, in your case 20:02 while the event race clock shows 19:41 which is the time the timer started when you crossed the magical point in the road.

If you are interested, activity fit file does not record those first bunch of seconds leaving the pen.

Thanks. I’ve obviously not been paying attention in other races and thought it was some sort of timing/network issue! Looking back, I can see it on each race! Thanks again.

Thanks for the reply. There wasn’t a conveyor but it looks like it was just the main clock not starting until I hit the main road.