Surrey Hills Route not accurate.... Why?

Yes, I picked the Surrey Hills in the start menu. I never free ride. I went over Fox, Box and Leith hills twice. Both forwards and in reverse.

In the end, it’s not a big deal as the workout is the most important thing. Yet, I totally agree with Stephan though. It should be accurate (in most cases, it is).

Similar experience for me last night, no badge after this ride… 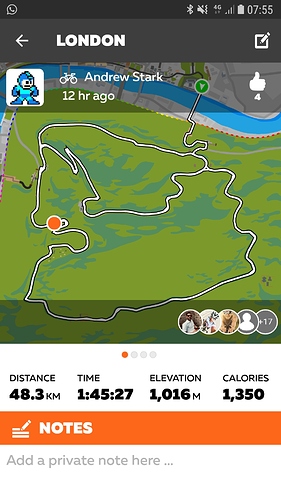 Yeah… all to common now. Come on Swift let’s see if you can fix this bug!

Sounds like you did Fox, Keith, Box and Leith Hills. You need to go up Fox a second time to finish.
I only found this out by doing what you did, not getting the award but while continuing the ride I then checked the route on Zwift Insider to find out that I needed to do another Fox hill climb. Got the award at the top of Fox hill for the second time.
So, I don’t see a bug, just a really bad user experience. Having to go to a 3rd party site (Zwift Insider) to work out what is happening in Zwift is not good.

I expected a lead in but did not expect that a lead in would include a climb.
Just listing the start/finish point on the route selection would help.

In the meantime, just look at Zwift Insider. It’s basically the user manual for Zwift that Zwift forgot to write. Great site

That’s what’s confusing. I had Zwift insider open during the ride (agreed, great resource) and was waiting for the route award to be granted at the top of Fox hill on the second ascent but that didn’t happen. Profile from Strava is below… 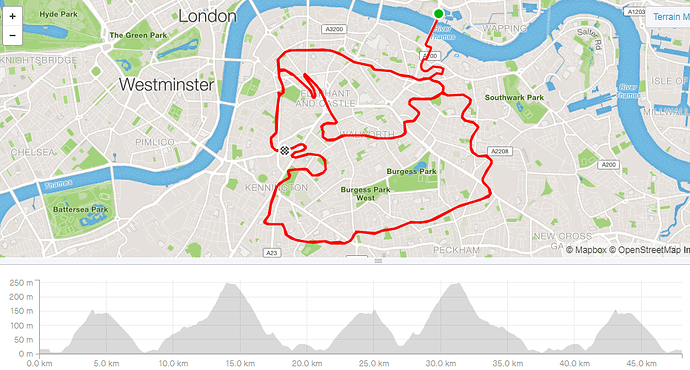 i had the same problem this morning. I tought when I climber second time on Fox hill, that the achievement will be unlocked. I also drive to the next hill, but nothing happened.
I agree, that it is important just to drive and train, but this badges are for aditional motivation, which i didnt get… does anyone know what was wrong?

Same here, I did it two days in a row and no achievement. More than a little irritating 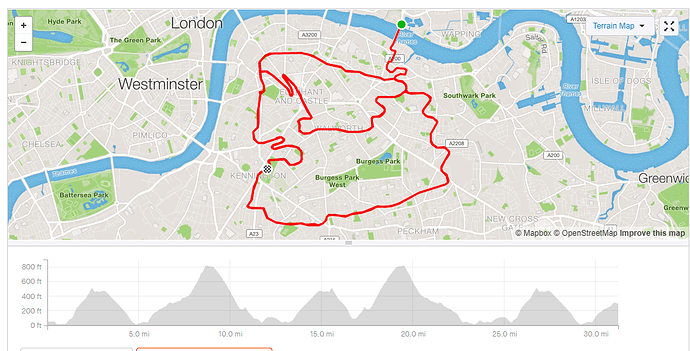 Same issue for me today.

Yes, all of you who have climbed the Fox hill twice should have gotten the badge. It worked in the past. I got it a few weeks ago. This is probably a bug introduced with the latest update.

Because many of the routes in Zwift include a lead-in, which isn’t part of the distance shown in Zwift, it’s sometimes hard to know when the route actually ends (though it does look like you completed it). We generally recommend continuing to ride until the achievement pops up on your screen. Additionally, I’m sorry for the trouble, but we don’t have a way to manually add badges to your account.

That being said, we’ve received a number of reports of badges not being awarded even when passing the intended ending of the route, which has been confirmed to be a bug.

I’ve checked with our team and they’re working on a fix. While there isn’t a work-around for this issue as of yet, the fix will come from our end and all you should have to do is keep your Zwift app up to date.

We appreciate your patience and understanding as we continue improving Zwift. Please let us know if there’s anything else that you need assistance with; we’d all be more than happy to help!

So that means instead of getting a badge for it I rode the route twice for nothing? So instead of riding other routes and get their badges we need to ride it again?

I rode Surrey Hills yesterday and didn’t receive the Badge either, so I contacted customer support and they said this:
We do have some additional information that may help get the badges unlocked as well as a workaround that can help as well.

Many of the routes have a serious distance lead in before reaching the official start/end point. This is not clearly communicated anywhere in game, but all routes start/finish at some kind of landmark. Generally this is the orange overall arch on most routes, but on some, like Surrey Hills for example, will be some alternate segment arch. In the case of Surrey Hills it’s at the Box Hill KOM arch.

Some members have reported that after they finish the route, they do u-turn, cross over the finish point again, do another u-turn and continue riding and the route badge will unlock.

Instead of a work around, why doesn’t Zwift just fix the bug? I’ve tried twice and have yet to get it. Yes I"m getting the training benefit regardless but that’s not a route I really like so I was only doing it to get the reward.

Same thing just happened to me. I extended my workout 20 minutes to get the badge and it never came. Frustrating.

I’ve finished twice and not gotten the badge. I was debating trying a third time because I was hoping the latest patch fixed the problem. Now I’m not sure I want to try it.

Same here. Done it twice and no badge. Got halfway up the 2nd ascent of Fox Hill before deciding surely I’d done enough. There doesn’t seem to be a definitive answer and Zwift are “working on it”

Same issue. Just did the Surrey loop, but didn’t get the badge. Zwift, please fix this, it’s frustrating. Yes, you still do the workout and ultimately that’s the main goal. But these badges are meant as motivation, and if you don’t get it despite putting in the effort, it has the opposite effect.

You definitely have to ascend Fox Hill twice and get to the banner to complete the route. The issue is even when you cross the banner, it’s still not giving it to some people…

I have the same problem, yesterday i ride this track (with Fox Hill twice) and doesn´t become the badge. (For all other routes it has worked with the badges so far)

The Support write me following:
Thanks for reaching out and reporting this issue; I’m sorry to hear about the trouble!

We’re aware of an issue where sometimes the badge for completing a route achievement will not appear. I’ve checked with our team and they’re working on a fix. While there isn’t a work-around for this issue as of yet, the fix will come from our end and all you should have to do is keep your Zwift app up to date.

We appreciate your patience and understanding as we continue improving Zwift. Please let us know if there’s anything else that you need assistance with; we’d all be more than happy to help!

That is fine but will they tell us when it is fixed?