I have got a question regarding Primes to both the Zwift developers and the Zwiftpower developers. My question is:

For both, I wonder: is there any logic applied (e.g. order of crossing the line? sorted alphabetically by name?) or is it just random when two riders are tied?

The reason I am wondering about how this works is, at least I have found out that at WTRL there seems to be no logic applied at all, as they had “finalized” a result with rider A above B, and then one day later they again “finalized” the same result, but with rider B above A. 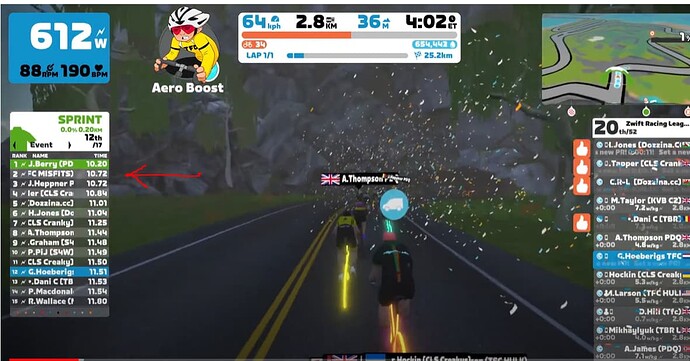 If the times in Zwiftpower are identical, the person with the lowest Zwift ID will be declared the winner.

Thank you for this useful information! And any idea how this works in the Zwift application?

I suspect it is the same as they are in the same order.

The hidden benefits of being an early adopter!