I thought you now see the advertised pace of the RoboPacer and not an average value depending on the size of the bunch and route?!?
All other RP show advertised W/kg except Maria. Are you sure both Marias are identical?

Average power (which is definitely displayed) may vary depending on the elevation of a route - as shown by the fact that the second one is on a hilly route.

Thanks for clarifying, James.

Spotted this and wondered whether average could reach 4.6?

Not sure why that has happened.

I just did a long ride with A Constance (advertised pace of 4.2w/kg I believe). Rode for over two hours averaging 3.13w/kg, but should not have been able to keep up if pace was supposed to be 4.2w/kg. Using a Neo2T and my bw hasn’t changed (75kg).

Anybody else notice this or have an explanation? Could drafting account for the difference (~25%)?

Drafting IRL can have a 30ish% benefit, depending on your place in the bunch/line.

The numbers in this quote are drag reduction, but drag is the biggest issue (about 80% of the resistive forces on a flat). “He found that in a four-rider paceline, the lead rider’s drag is reduced by about 2 to 3% compared to if they were riding solo. The second rider in line experiences a reduction of about 27% while the third and fourth riders see drag reductions of approximately 35%.”

(Let me add that I’m saying IRL because I don’t know the data on Zwift’s drafting.) 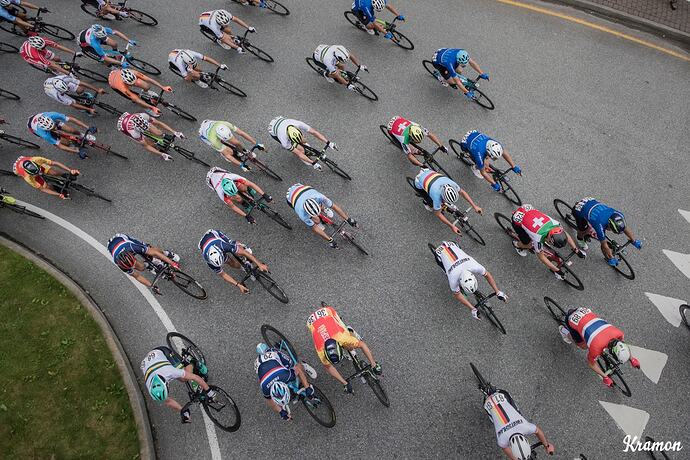 How much benefit do we really get from drafting? - CyclingTips

We’ve all done it. You’re riding along when suddenly a faster rider overtakes you and you immediately jump across to sit on their wheel. You’re swiftly up to speed and find yourself riding five kilometres an hour faster, all while feeling more...

Thanks. Was a small group, but I just might be very good at being lazy and staying back.

Descending could also be playing a role. It could also be that the PP bot is not where it should be, of course. But 25% doesn’t seem out of the realm of reality.

What course/route were you riding? With any of the bots, it’s normal to avg less than advertised assuming you stay behind the bot and in the group. The only time you will typically need to do the advertised pace or more is if you hit a climb. For example, if you were with Constance going up Epic, you’d likely be doing ~4.2w/kg regardless of where you were in the group.

Small group is the reason. Join Constance when 10-15 riders are at the front all doing 5w/kg and you’ll get a better workout.

with a small group you don’t go as fast and there is less chance for the pace partner to be towed along.

Also often happens with smaller groups that everyone stays close to the PP and doesn’t go in front of it often.

Constance last week was on Triple Flat Loops if I remember right.

Have you got an updated list now that we have the new Urukazi routes, by any chance?

@Eric_Schlange_ZwftIn is putting one together for us.