I’d like there to be an interactive map which showed all routes with your badges for completion. Clicking on a route would allow you to cycle there (rather than current method of just seeing the route name on a list).

If the map could also show your KOM/sprint times (recent & PR), so much the better!

Not too sure how you’d visualise that? there’d be so much overlap of routes it would be a huge mess

I’m open to suggestions, and my idea may be trash ha ha

I just don’t get on well with the current text based approach.

This kind of already exists doesn’t it? The list of routes shows you if you have the badge already (green star) and if you click on the route the map comes up. 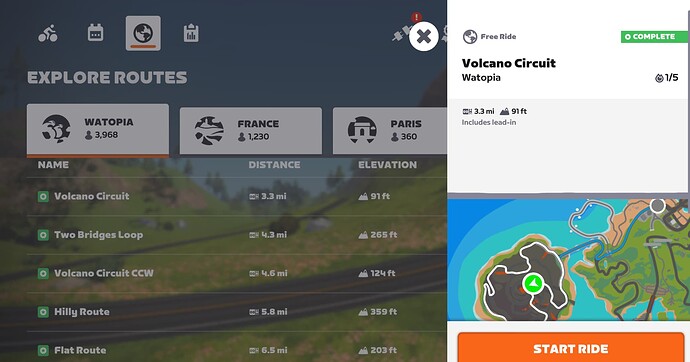 that’s sort of how it works right now where you click the route the side window pops out with the route on the map.

But i do agree it could be improved i’d like to see a bigger map and an elevation profile with things like KOM/Sprint time PB as well would be great. You could even push it further where it shows PB v club riders a bit like strava.

the elevation profile it there, but not very meaningful… could use some color to indicate the gradient and banner points maybe? 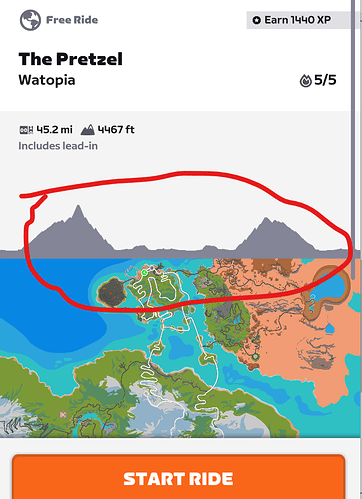 so it is. i just picked a really flat route in Neokeyo and didn’t see it. still could be improved maybe to show the KOM heights and sprint durations along with some distance markers

Thank you, I will take a look. I’ve had a long break from zwift, so things may have changed since i last looked. Or I’m being blind!