Hello everyone,
I am experiencing resistance issues when using Zwift, and I am not sure if the problem is with application or maybe with my trainer device. I am using Elite Direto XR via ant+ with my laptop with Win10.

1.When starting the application, I can see that the power source is properly connected. 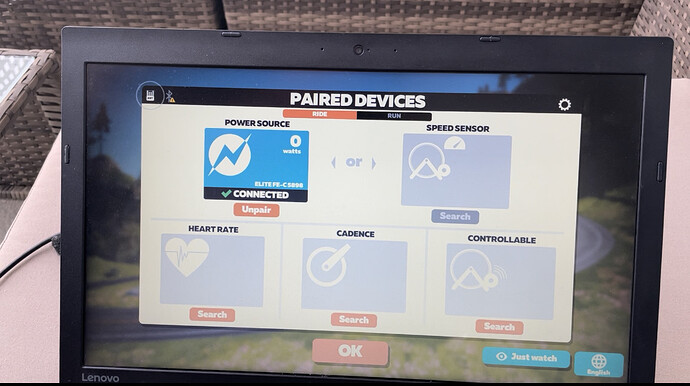 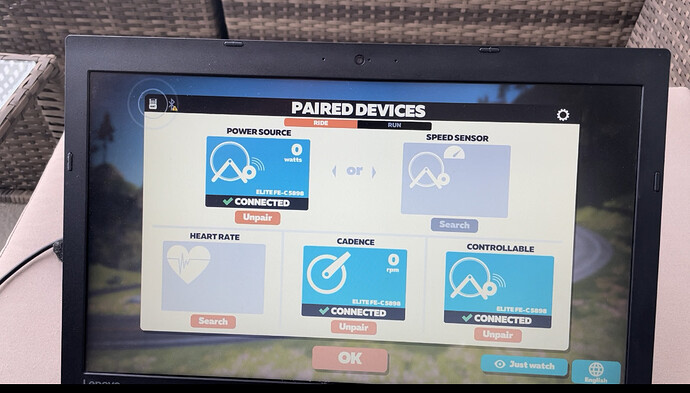 image_6487327 (1)1170×668 156 KB
It wouldn’t be a problem but during my rides the resistance behaves unpredictably. On a flat road sometime the resistance is suddenly realy high and after a while low. On ERG mode the same.
Has anyone had a similar problem?

Thanks for your attention.

A similar problem developed on my Direto back in spring this year.

It began with some inflated power readings of up to ~18% higher than my 4iiii crank power meter. Instead of connecting by ANT+ as usual, I used Bluetooth, which gave the option of calibrating inside Zwift which I did. Sometime soon after, I then at least two instances of Zwift reporting 2000W while I was really doing something like ~150W.

Then the long term issue began, namely feeling like I was riding through treacle, the flywheel resistance increased massively and has remained so since, leading to my getting a Saris H3. The increased resistance, while using my 4iiii for power source, resulted in easiest gear (34/34) being ~140W at <60rpm cadence (and up to ~220W at my normal cadence near 90rpm), I lost really easy recovery riding completely. But at the opposite power end, 4th largest sprocket (25t) with 34t ring would do ~400W+, so four gears covered my riding from z2 to z6.

I used the Direto yesterday for the first time in months, to take part in the Zwift Insider Tiny Race quartet, it was just about tolerable for short sub 15min races but I’d rather have use of far more of the 22 gears to get power at a comfortable cadence.

I don’t know what broke on the Direto, but it has been used an awful lot since being bought soon after initial release just before Xmas '18. It still kind of works, but far more limitting than it was for just over four years of use.

Amazon have literally just delivered a replacement mech hanger nut/bolt for my hybrid that has been fitted, so I’m about to set it up on my H3 for a gentle session, it was a bit of a shock having the hanger pop out of the frame the other day!

Raise it with Elite support and they can work through it with you.

I have the same problem just now and it’s doing my head (and legs) in! Did anyone get a solution?

I was having the same problem with an Elite Suito. I don’t think that it’s a hardware problem, as restarting the Suito by cutting and reconnecting the power solves the problem - although only temporarily.

Any help is appreciated!

I have the same issue with my Direto XR. Also on Rouvy I experienced the same issue, résistance changed whilst I was in the same gear and no change in elevation. Was any of you able to solve it yet? Thx!