Dear Zwift, You're not listening 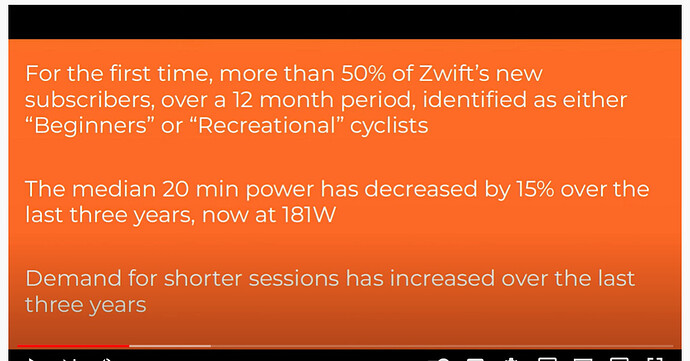 I personally don’t care about new UCI courses, I would prefer various proposed wattopia expansions (or Mt Fuji) to that… But then again, if they expand wattopia they will be compelled to create an “Uber Uber Pretzel”, “Meta Uber Pretzel”, or “Mega Uber Pretzel” route, and that would be a route badge I would probably not want to deal with anytime soon

Might be just me but being grateful that a paid subscription service works is an incredibly low standard of expectation.

Lest you think I don’t have a laundry list of feature requests, here’s one that got a lot of attention and I’m sure Zwift is aware of: Companion App UI cleanup: DELETE BUTTONS

The companion app hasn’t materially changed in the 6 or 7 years I’ve been using zwift.

There is no mention of gradient at all on the whole app, no averages for any metric.

It has far more pressing (pun intended) things that need addressing than some buttons people can ignore.

I think their surface area of devices and apps is really part of the issue. They have the companion app on iOS/Android, they have the main app on phone/tablet (both iOS/Android with various OS versions supported), PC, MacOS, Apple TV - and this does not count all the 3rd party hardware test cases such as HRM, trainers, power meters, etc… so if they release something it’s not like they just have to test it on PC. Not that it’s really a huge excuse, but I’m sure that’s one reason we see a lot of bugs when things are released and why releases are slow - forgetting about how much legacy code is in their current platform to continue to maintain etc…

I hear this mentioned but is it true? If you have some code an leave it alone how much maintenance does it need? it isn’t like a chain that needs cleaning and replacing after use.

Not quite… unfortunately you don’t just “set it and forget it”. Bit rot is a thing:

Software rot, also known as bit rot, code rot, software erosion, software decay, or software entropy is either a slow deterioration of software quality over time or its diminishing responsiveness that will eventually lead to software becoming faulty, unusable, or in need of upgrade. This is not a physical phenomenon: the software does not actually decay, but rather suffers from a lack of being responsive and updated with respect to the changing environment in which it resides. The Jargon File, a...

Well, when I managed an iOS/Android/PC app team you would be surprised at how often a platform update from out of nowhere would force you to go into crazy old code written by someone who no longer exists at the company which was not documented in any way, and you’re not even sure what it does until you modify it which breaks something else in another piece of code somewhere you didn’t even know existed. We even had a change in the config of one app affect another app once. It was nuts when we saw the spaghetti code that brought that one to light.

The older your codebase the more you lose the tribal knowledge that built that codebase, and the more chance modifying something will mess something up as a result. But a security update in an OS might cause you to have to delve into those sections of code when you don’t want to, or an update to a new feature might create a case that is no longer handled by that legacy code etc.

So any line of code can be affected by something that you did somewhere else, or something Apple or Google or Microsoft did for security reasons, privacy reasons, platform updates, new restrictions etc, new accessibility standards etc. etc… you still have to go back into that old code to update it if you want the thing to build/compile and be able to release it etc.

So the more legacy code you have, the more surface area you have for these types of things which is another reason they want to deprecate older OS versions etc.

While the 12 new miles with previously unhad surfaces don’t excite me in the least, I’d rather Zwift not blow all their money in the UCI getting those courses. We have 11 worlds so far and only a couple have getting the love they deserve. I’d rather see all of the other merged. Into something like this.

With that said, I would love some more 10 minutes climbs with 4-5% averages! 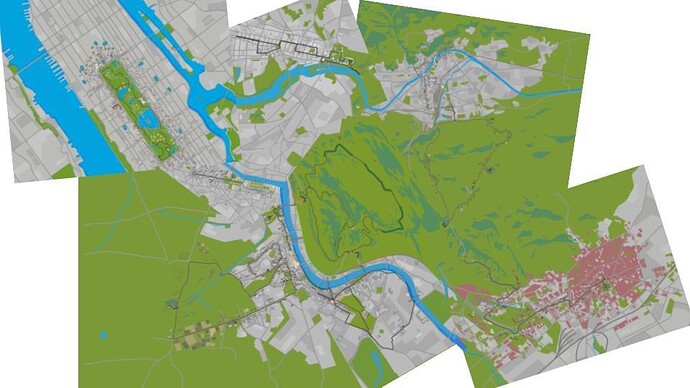 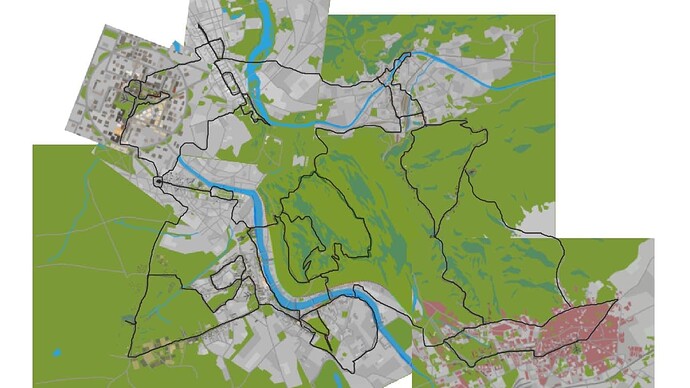 Wouldn’t a relatively simple route addition be another road down the AdZ so that the climb could be looped?

[image] Check this one out. The roads coming off of the Alpe are loosely based off of Col de Sarenne and D448 that comes out of the side of the IRL Alpe d’Huez. On top of roaming and racing around the US, I’ve been lucky enough to spend months of my life in Marinilla, Colombia (where Froome is cu…

They don’t suit group rides and they don’t make for good racing.

Climbs make for great racing and even better training! People are just soft and are scared away by any incline over 60 seconds long. While I agree that the stair stepping nature that lost Zwift climbs display can be annoying, the steady climbs that allow you to find a rhythm are wonderful.

Zwift races are also typically so short that riders aren’t really required to measure their efforts on such obstacles. They just ride everything at their threshold and hope their w/kg get them to the finish with a group that they can out sprint. 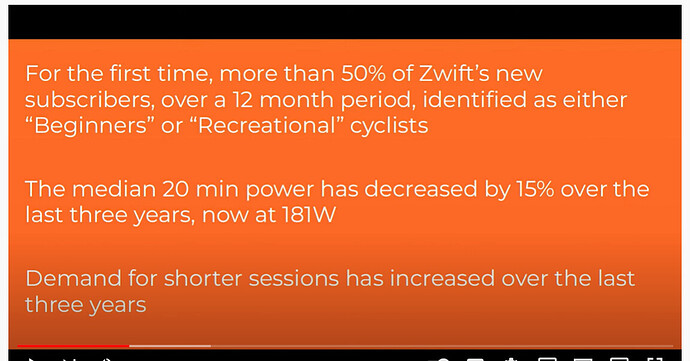 Granted new riders are different than soft riders but if Zwift can’t capture their attention for normal and longer sessions that could be a red flag.

About as great as watching Van Vleuten climb in the Tour de France - race is over for everyone else. If it’s predictable, it’s not great.

It makes me laugh when people like you write to Zwift on behalf of the rest of us. Please keep your opinions in the first person, “we” might not agree with you (and I don’t)

Right, let’s just roll around in the blob and wait for the sprint.

maybe a couple intermediate points sprints will break up the snore fest.

I wonder if Zwift has monitored Peloton’s meltdown. To your point, one of the single biggest requested features there was “stacking” of workouts. Peloton’s new workouts kept getting shorter and experienced riders were pissed because it required them to stop/start to experience new content. Stacking was finally released to address that misstep, but it was a bandaid.

My $.02 is that Zwift is whiffing on recurring gameplay hooks. This will be controversial, but they should have looked at baking in some kind of rider skill metric that would have affected cornering, drafting, time trialing, descending, dirt/gravel, etc. Link improving those to specific route types (a la elevation for the Tron bike) and you incentivize people to ride more frequently in more diverse areas. Don’t make the effect so strong it breaks racing, but strong enough to allow someone to play to their strengths or address their weaknesses.

I’ll second that. Plenty of iconic ones to choose from on climbbybike.com

The climbs are great for racing too (takes the sprinters out of play).

I would also love some extensions to Watopia. I saw the new Makuri extension and to be honest, it doesn’t interest me. I never ride in Makuri. I use it about as much as Richmond - which is hardly ever.

Watopia extensions would be nice, especially doing a virtual Col du Galibier and Col du Sarenne and linking them up to ADZ, this would also provide a way to get to ADZ without having to go through the jungle. The suggestion linked to previously was in response to my suggestion for this some time ago, and it’s a good suggestion.

Right, let’s just roll around in the blob and wait for the sprint.

maybe a couple intermediate points sprints will break up the snore fest.

Like real racing, if you set up a hilly course, half the people complain bitterly because they won’t have a chance of winning it.

You’ve heard of leg-breakers, right? Innsbruck, Richmond, London, etc all have excellent hills to break up a race. What is a snoozefest is an hour-long mountain that has fewer riders than Bologna

A bit off topic, but is there a way to ride bologna with being in a race? any hack or anything to ride there? I never race so have ridden it about twice in my life!