I was riding late at night and realized I was riding so much better than usual. I realized it was because I had the lights in the room off and there was no sunlight coming through the window. The ride felt so much more immersive…

… and that inspired me to build this monstrosity. :D. It’s just cardboard wrapped in felt. I really like what it does for immersion both visually and with the sound. Thought it would be fun to throw it here to have you guys laugh at like my wife did: 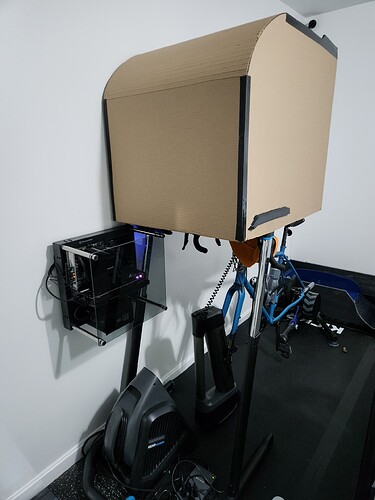 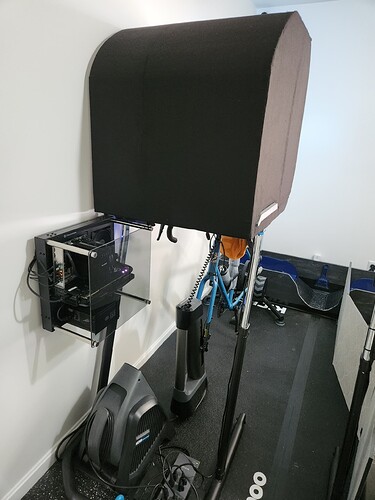 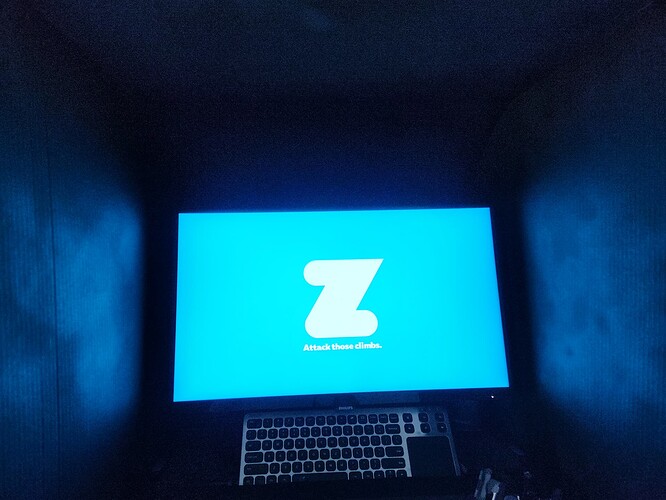 doesn’t that restrict a lot of airflow? My fan is mounted on the wall above my screen so it would completely cut off my air.

Ooh, that’s a great place to mount a fan. Mine is luckily blowing up from below, so it still works out for me so far!

Wouldnt just a set of blackout curtains n lights turned off do it instead.

It’s a shared gym, so I don’t know how much my wife would enjoy working out in a pitch black room.

Instead of that contraption, you could just ride harder until you get tunnel vision.

I’m impressed with the computer mounted on the wall, good idea!