If you choose the route Eastern Eight in Watopia and you look at the route preview, it shows you this animation:

But the route shown has nothing to do with the actual route.

The actual route runs counterclockwise three times from the north side through titans grove. The left part of the route is not used at all.

Shortly before the supposed end of the route, another error occurs. Shortly before leaving titans grove, 500m of remaining distance are displayed, then the display suddenly jumps to around 8840m(!) - The route length and the altitude metres also did not match the information given when selecting the route. 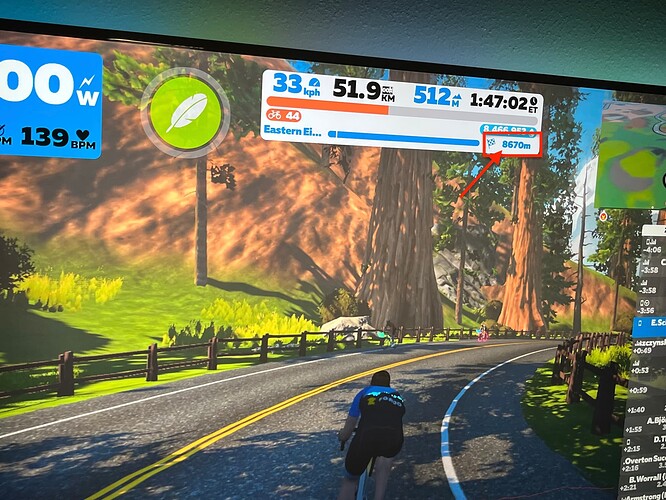 It is incomprehensible to me that such obvious bugs have not been noticed in quality control and have already been eliminated.

The map/route shown is correct.

What seems to happen very infrequently is that sometimes when you start a selected route, you start facing the wrong way, and you go off somewhere else, like you appear to have done.

Some people blame the ATV remote for doing a u-turn at the start of a route, but in non-ATP platforms, the logs show no u-turn, so definitely an obscure bug.

Edit: fyi, one of the older threads with similar symptoms:

I did a workout on the Neokyo All-Nighter route last night and I didn’t get credit in the game for completing the route until the 38 km mark! It’s listed in the selector as a 24.3 km route. I noticed that it took me around the harbour twice at the beginning; did it miss a turn? After my workout end…

Thank you Dean for your confirmation and additional information You are right, it seems to be an infrequently bug, when I did the same route a couple of days later, everything worked fine.
Let’s see if we get paid for the bug report