Hi, since the last update I can’t get my treadmill (Bowflex BXT226) to connect to Zwift. It still connects to other apps, including the JRNY app, so I know it’s still transmitting fine. I’m running on an iPad or iPhone 12 Pro. I have ruled out Bluetooth interference by shutting down all other apps/turning off my watch.

Is this a bug in the update? I’ve seen a proposed fix in an older topic, but there’s no location services data for Zwift on my iPad.

That treadmill has never been directly compatible with Zwift so it may have been luck that’s had you connected thus far and the update has killed that off inadvertently. How long have you had it working for?

Since February 2020 - it is on the Zwift site stating it is directly compatible? Never missed a beat until the last update

Odd as Bowflex don’t make reference of this which you would have thought would be a good selling point.

I do recall that there are variations between US and European models with one not being compatible.

I have the same problem suddenly on my bxt116. The treadmill conects to other apps such as explore the world, on Pad air3. Zwift also connects to my tacx flux s.

The bowflex’s little blue light is on for explore the world connection. But it won’t come on for zwift anymore. The selection for the Bowflex treadmill does not come on/ nor the blue light on treadmill.

I feel that this is a zwift software/update issue. I’ve been connecting to iPad air zwift from bowflex 116 since Feb 2020. No problems until about 4 days ago.

I’d add that Bowflex treadmill’s have always been supported by zwift. It was in the original list of supported treadmill’s, hence my decision to get this.

Any help would be appreciated.

That would imply something has changed Zwift side with the last update. There’s been little issues like this with BT recently. Funny enough my own treadmill has started suffering disconnects although having done some testing it appears that the treadmill itself is randomly stopping sending speed data for 1 or 2 seconds before coming back. Only does this after an hour.

@manda_F As the resident running guru can you assist?

Thank you for flagging this up. We are investigating now. I’ll update as soon as we have a workaround or a fix incoming.

I did a little bit of work also. The problem seems to only affect zwift on iPad and presumably other apple products,

When I use my laptop, switch to run, and then search for the Bowflex bxt116, it works.

So I know for sure the Bowflex bluetooth is fine. It’s just the zwift application that can’t find the treadmill. 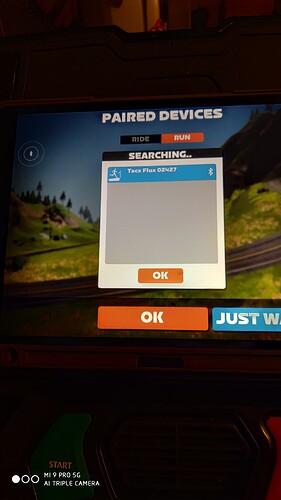 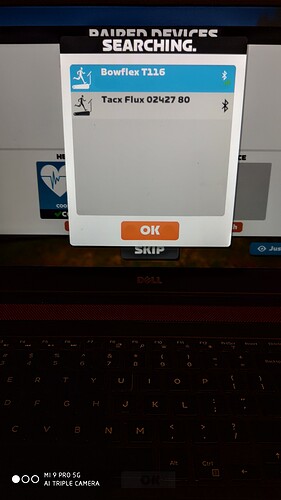 great detective work - I will try with my laptop later (albeit a MacBook!)

Same issue for me. BXT226 worked pretty much flawlessly until the most recent update on ATV. I am grateful for the intel that it’ll still connect via a laptop, but a resumption of previous service would be very much appreciated. Looking forward to some good news @Rowdy !

EDIT - I tried iPadOS too, same as ATV in that there was no connection to be had

Tested on my MBP - no deal there either

Me neither, laptop and bxt116 connects but speed is not transmitted. So I am still stuck with a standing avatar, argh.

Using iphone and watch as a temporary fix for now, but speed and connection are terrible. Screen is way small too.

Hi folks!
We’ve made a backend change that should return pairing functionality for the affected Bowflex treadmills. We will continue working on a hardcoded fix to be implemented in a future release. Thank you all for your patience.

Working now thanks!! I just tried and bxt116 is now working.

Can I ask whether it’s possible to transmit/receive the grade/elevation changes? It’s not on zwift or Strava anymore. It’s been transmitted before but seems to have stopped.