“I doubt the ATV devices will ever get better graphics, but that’s okay since they are small and simple media devices.”. I don’t know if this IS okay. The ATV is such an easy/cheap/simple way to get a Zwift setup going. It seems like tweaking the profile slightly to make this entry level experience as good as it can would be worthwhile. I assume there should be SOME improvements that can be made with the latest generation one. The previous two were close. Has anyone ever seen any stats on what proportion of users use what device types? IOS/Windows/MacOS? phone/tablet/atv/pc/laptop? That would be interesting.

Totally has room for improvements:

Also check out the difference between the last AppleTV HD (A8 processor) compared to the AppleTV 2022 (A15 processor):

They may not prioritize this, since it still functions. But to not take advantage of such a big difference over the past, what 5+ years? What are the odds they go 10 years without updating the graphics profile?

The device makeup among users is unlikely to be shared, but it would be interesting to see.

But is the Bluetooth device limitation still evident?

What other 3D games similar to Zwift are taking advantage of such an apparent uplift in GPU performance? I asked for examples further up the thread and got nothing.

The Venn diagram ntersection of Zwift users and 3D game players on a newly-released Apple TV model is probably not large.

Quick hands-on of the ATV 4K Gen III 128GB here today - Menus are rendered nice and sharp in 4K (same as Gen I and II), gameplay doesn’t look any different to Gen II (3D component of the game upscaled 1080). No luck with more than two BLE devices.

Update after putting Gen II and III side by-side: It looks like the new Gen III needs a graphics profile tweak. It might be a touch more chunky than the Gen II. I’ll get more comparisons tomorrow sometime.

Any 3D games on any Apple TV would be a start.

I was specifically referring to these massive apparent increases in ability over time as shown by synthetic benchmarks. Surely game developers are taking advantage of that by pushing the limits of the hardware? If they’re not, then it seems a bit unrealistic to expect Zwift to do so.

As far as I know, Zwift have never said why Apple TV devices don’t get better graphics profiles or in-game resolution despite hardware improvements. I assume there is something about the software engine that makes it hard, but that’s pure conjecture. Of course they know how many people use these devices to play Zwift, and I imagine it’s a pretty big number.

Update after putting Gen II and III side by-side: It looks like the new Gen III needs a graphics profile tweak.

That sounds like the same issue when the 2021 model first came out - defaulting back to the 4th gen profile.

I tried finding it earlier but couldn’t; someone from ZHQ (I think it was probably Jon) once said that as far as they were aware, Zwift was already pushing the ATV4K about as hard as anything else on the platform in terms of 3D graphics. Yes the theoretical performance has improved since then, but it doesn’t necessarily translate to real world results.

I think it’s more to ensure consistency. If improving the resolution or profile means it can only hold 20fps then most people would probably prefer the current steady 30fps. If increasing the frame rate to 60fps requires reducing the visual demands, they’d have to introduce an even lower profile than Basic. Increasing the frame rate modestly to say 40fps (a 33% uplift) would be a backwards step because it actually looks less smooth due to vsync. In addition you could introduce tiers of ‘Apple TV 4K’, where some people get better results than others (potentially without knowing why). I can see why they would want to avoid that from a support perspective, when overall simplicity is the aim.

I think with this generation they not only have more cpu/gpu to work with but also more Ram. (4gb vs 3gb) The previous two versions were closer in terms of horsepower, the 2022 should have room to be pushed a little.

In spite of having Ultra graphics capable computers available, I still use the Apple TV 4k at my main Zwift setup as it is small(velcro on back of tv), reliable, maintains itself, not dripping sweat on tablet or keyboard, and is cheap enough that I done feel like it is a waste of resources dedicated to only Zwift that I could use for multiple tasks elsewhere. At times in the past I have put a pc with graphics card at the Zwift setup. While it is prettier I love the simplicity of tapping the ATV remote to start Zwift rather than having the extra clutter and logging in with mouse/kb, etc. I’m on the 1st gen so the newer remote will be much appreciated.

The main downside for me is that I wince a little every time the 3D part of Zwift starts on it. A little up in graphics would be fantastic. I’m keeping my fingers crossed for at least a few tweeks on this latest one. Also keeping my dream alive that they are toiling away on a modern graphics engine to replace the original one. It feels like they are compartmentalizing the code more and more with the updates so they can make a swap doable. ( sorry, daydreaming there for a second)

Would love to see stats on what devices Zwift is used on. I know a couple new Zwifters who dipped their toes it the Zwift waters with a mobile device then grabbed an ATV. 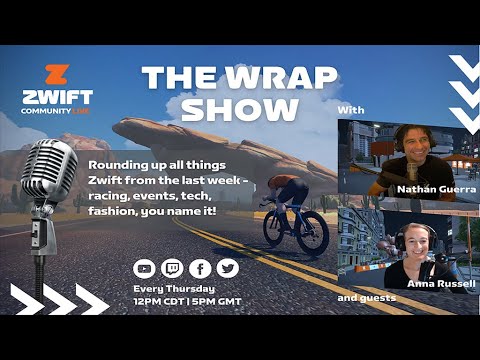 ✂️ get a gaming setup for a game

I’ll not get into the pros and cons of using Apple TV for Zwift against a PC again, I got told off last time.

It’s a perfectly acceptable solution for many people, for several reasons. I just think wanting better graphics from a basic, low end device designed for video playback is a bit of an oxymoron. If you want detailed 3D graphics at a high resolution and a high frame rate, you need dedicated hardware - especially for Zwift which relies on brute force almost exclusively. Plenty of guidance is out there for those willing to put the effort in, and real world benchmarks exist (actually using Zwift) for directly comparing the results.

Some dorks even build dedicated Zwift PCs for others. Ahem.

Totally agree about the engine btw.

[quote=“Dave, post:51, topic:591743, full:true, username:Dave_ZPCMR”]
I think it’s more to ensure consistency. If improving the resolution or profile means it can only hold 20fps then most people would probably prefer the current steady 30fps. If increasing the frame rate to 60fps requires reducing the visual demands, they’d have to introduce an even lower profile than Basic. Increasing the frame rate modestly to say 40fps (a 33% uplift) would be a backwards step because it actually looks less smooth due to vsync. In addition you could introduce tiers of ‘Apple TV 4K’, where some people get better results than others (potentially without knowing why). I can see why they would want to avoid that from a support perspective, when overall simplicity is the aim. [/quote]

Definitely just need to add more profiles for more capable devices. Up the fidelity not the frame rate. I don’t think anyone would be confused by the idea that they have inferior or superior graphics because they have an older or newer ATV. That’s the expectation with modern devices. I think more people will be confused when they buy a new ATV and looks the same as the old one.

Simplicity of all the ATVs will be similar regardless of the graphical fidelity the provide. (Okay, ignore the remote…)

With the breadth of random hardware Zwift support on the PC/Android side, adding a profile for a well defined, similarly interfaced device like ATV seems like a dream. Low-hanging fruit.

Side note: new ATV has QMM VRR coming via software update. Who knows what Apple has planned for VRR on future ATVs. They still seem to be trying to keep Apple Arcade alive.

There are already four, plus subvariants - Apple TV HD being one of them. Every time a new bit of game is created or changed, it needs to be tested (stop laughing at the back) against every profile to ensure performance and the experience is largely retained. Upping the fidelity may negatively impact the frame rate in some areas, or in some popular events/areas as the CPU is simultaneously mashed. There’s then the new home screen to consider. The whole point of Zwift on Apple TV is that it’s simple and consistent, with graphics being a low priority. There’s value in everyone knowing exactly what you get without having to worry about the model, and I doubt ZHQ wish to change that tbh. We’ll see.

I wonder if you could disconnect the Apple TV remote and use an iPhone to control the ATV, would that free up a Bluetooth slot?

I’m not sure there’s a way to manually unpair the remote. You can pair a new/different one if you lose or break it, but I assume this just replaces the other.

I hear you on the testing and certainly the graphics are a lower priority on Apple TV as it is the simplicity and consistency that have me running it as well. Zwift want as many people to be able to run it. This means more testing for sure.

Though graphics are not ‘the’ priority for for ATV, or Zwift in general, how the game looks is part of the experience. As time moves on, being glued to the lowest common denominator starts to detract from the experience of more and more people in terms of graphics and fantastic features that just can’t be pulled off. To me it feels that not giving new users the best graphics their hardware is capable of is squandering some the quality of experience they will have. Fidelity, frame rate, whatever. I wish you didn’t have me convinced that ZHQ will probably not make any changes but sadly you do. Doh!

There is value in everyone knowing exactly what they will get without having to worry about the model but I think just about everyone who would even consider something like Zwift has a sense of minimum and optimal requirements. I don’t envy Zwift having to support Mac/PC/IOS/Android/Trainers/Sensors etc. That’s just hard. For giggles I had a look at the Supported Devices to run Zwift document. ATV is has THE shortest list of requirements at two. If I was the Zwift team captain I would be pushing the the latest ATV hard as the best mainstream way to get up and running Zwift. Keeners will figure out the best way for themselves and toe-dippers can give it a whirl on whatever they have available.

Now, where is that FedEx guy so I can set up the new 2022 ATV and hand down the old one?