I have a kickr bike which is overestimating power compared to my assioma pedals. This is the case for most of them when i check on zwiftpower.

Would be nice to have the possibility to decrease power received from smart trainer. So it can match with second power source.

You can connect the kickr bike as controllable and Assioma for power.

But most of racing organizations are asking for dual recording and smart trainer as primary source.

Just curious - how much is the difference between kickr and assiomas?

Just to clarify, I am talking about kickr bike.

Have you compared to a third source? It could be that the kickr bike is the more accurate reading. (I get that you’re trying to match so things don’t appear ‘cheaty’

But it would be in your favor to correct to the bike’s higher numbers if those are more accurate.)

I have 3 srm, and like assomia, they are all calibrated using a 10 kg weight. I am doing dual recording time to time with srm and assioma to validate. All these powermeters are in a 2% range max.
So i am very confident assioma are returning correct value. Looking also on zwiftpower, i can see most of kickr bike are in same situation.

Have you tried talking to Wahoo - they should be happy to replace your Kickr bike given its so far from the stated +/-1% accuracy. They may even have a firmware available/in the pipeline if it’s a widespread issue.

You say it’s the case for most of them? Please show dome links.

"Ultimately from a power accuracy standpoint though, the KICKR Bike seems pretty much spot-on within all my tests. "

As reviewed here by DCRainmaker: 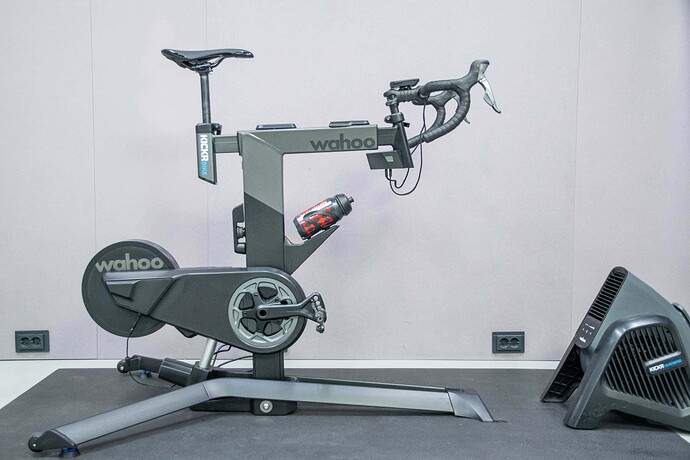 At $3,500 the Wahoo KICKR Bike is Wahoo’s most expensive product. And one of the most expensive indoor training products you can buy. It’s also the company's first go at creating not just an indoor bike, but actually an entirely

We cannot put link in comments, You can check by yourself on zwiftpower. Look at ZRL results last tuesday and you will find a lot of result for kickr bike. Often 4-5% more

My main concern is that Wahoo is not offering to customer a way to change offset by themselves like srm,assioma, quark… are doing for instance.

I have a ticket open. First answer was :“everything is normal”…